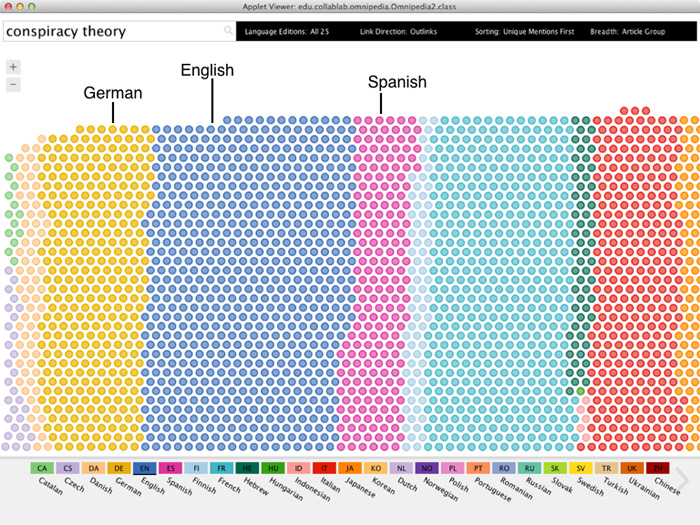 You begin using Omnipedia by looking something up in your native language, say "conspiracy theory". These tiny circles represent entities that are mentioned in only one language edition's article(s) on conspiracy theories. 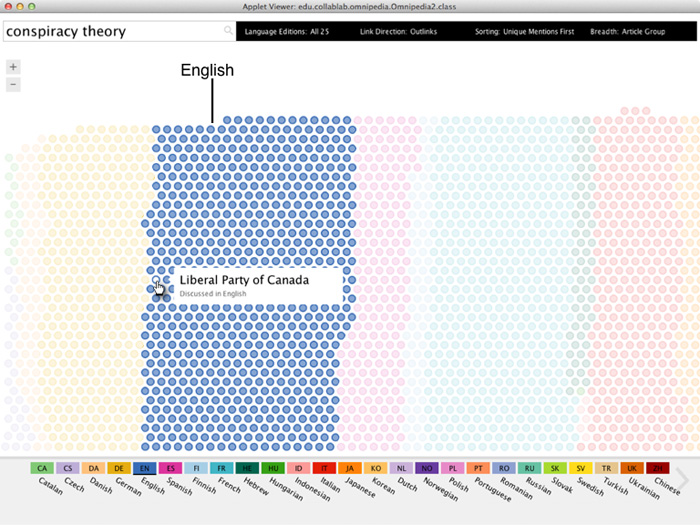 For instance, here are entities that are only mentioned in the English Wikipedia. 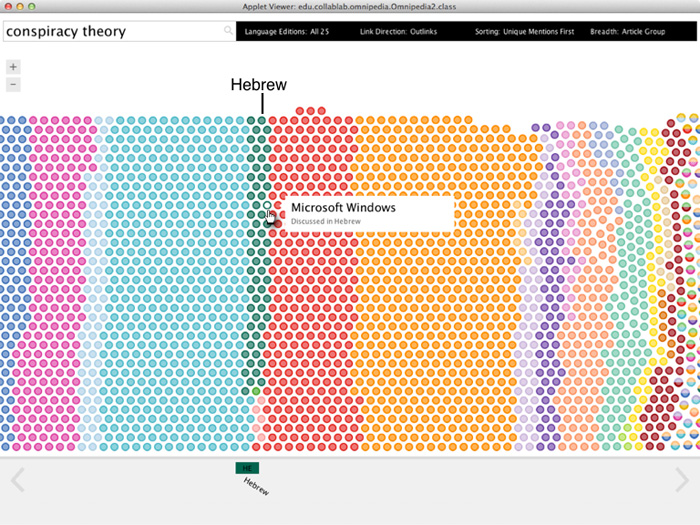 Each of the 25 language editions we support has at least some unique information not found in any of the others. For instance, the Hebrew Wikipedia is the only one to mention a Middle Eastern conspiracy theory about Microsoft Windows. 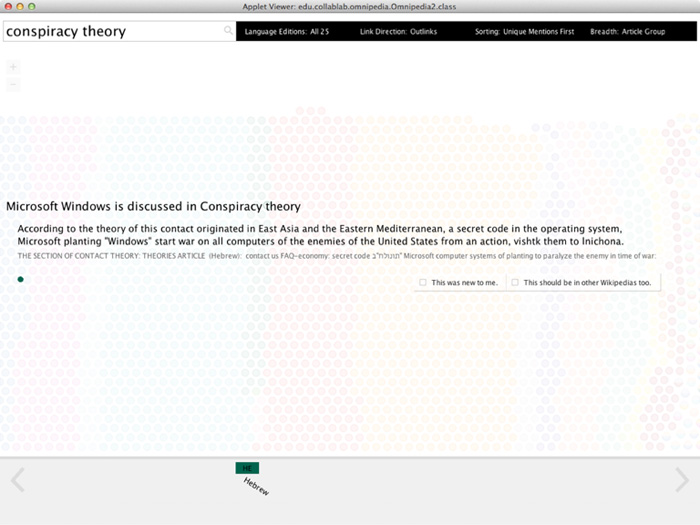 Clicking on the circle will extract the relevant snippet from the Hebrew article(s) on conspiracy theories and translate it. 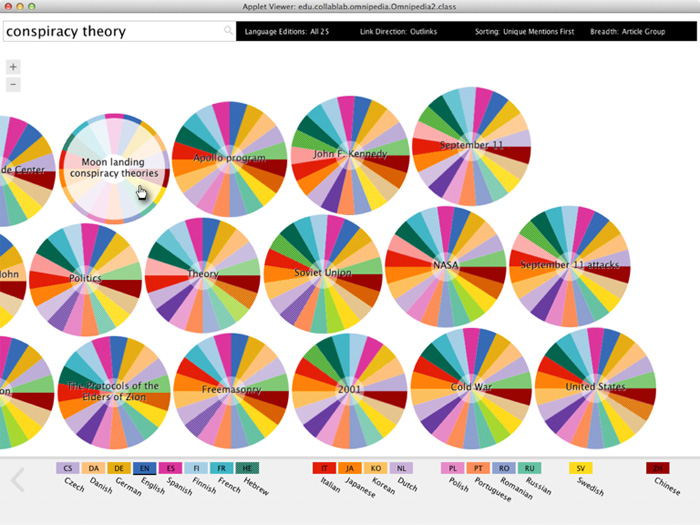 Zooming in and panning all the way to the other end, we can see the entities that are mentioned in all or nearly all language editions' coverage of conspiracy theories. 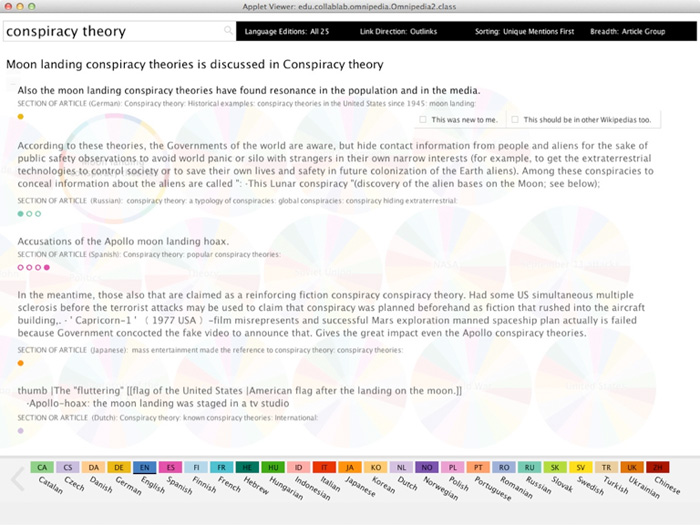 Clicking on one of these global entities will allow us to compare snippets from multiple language editions. For example, here is a series of snippets showing how the moon landing is discussed in different articles on conspiracy theories. This shows how the context varies by language edition. 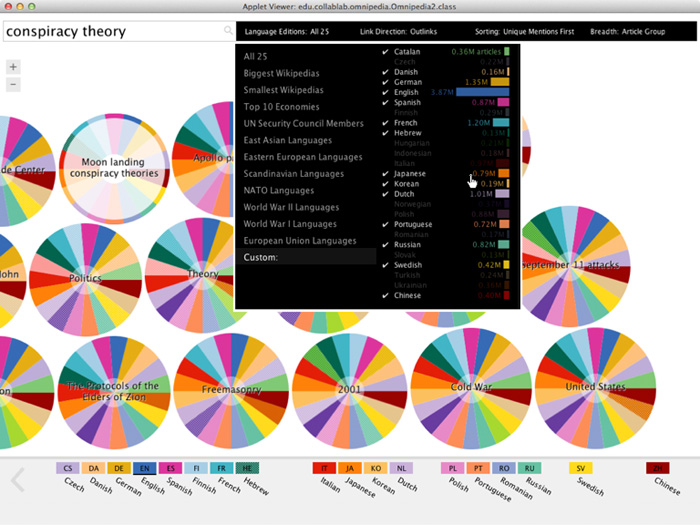 Users can pick which language editions to include, using one of our suggested sets or creating a custom set. 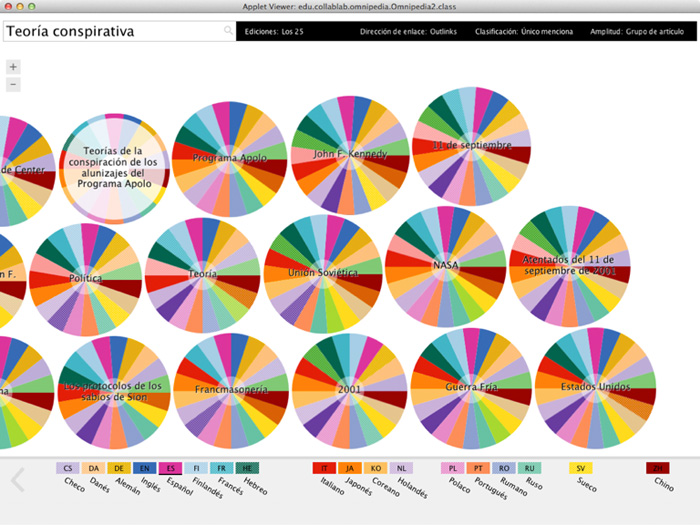 Users can also change the native language to something besides English, say Spanish. 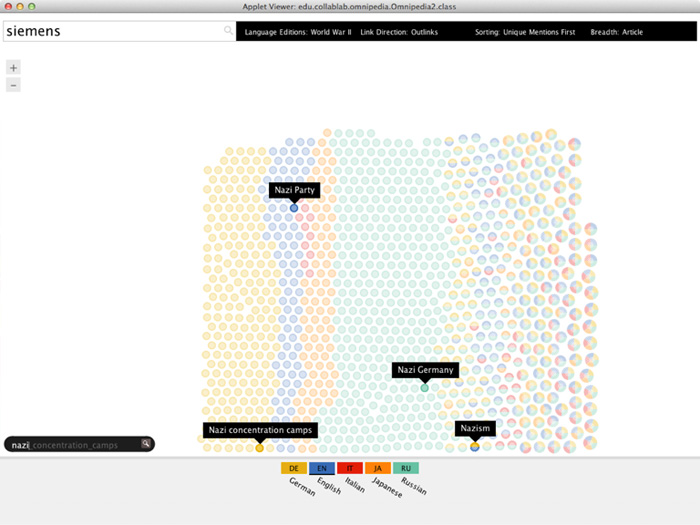 Some of our users used Omnipedia to test stereotypes they had about certain cultures. For example, one user thought that German coverage of the Siemens corporation might gloss over the company's support of the Nazi movement during WWII. 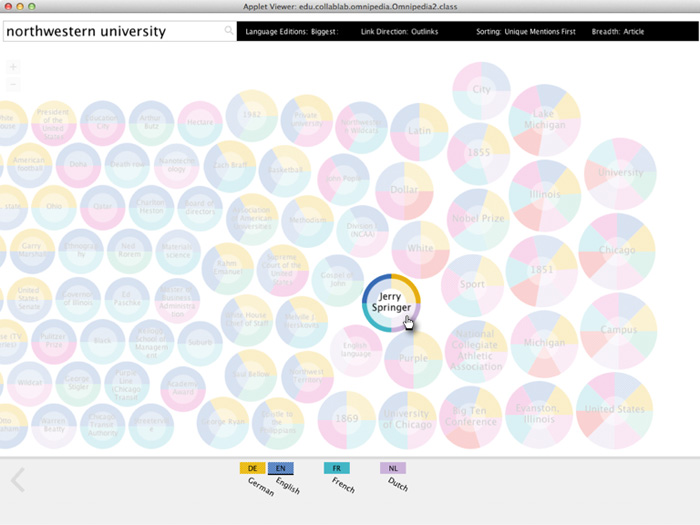 Many users focused on the most commonly mentioned entities to find out what was "well known worldwide" about a given concept. For instance, users who looked up Northwestern University were surprised to find that Jerry Springer is known to be a famous alum in many language editions. 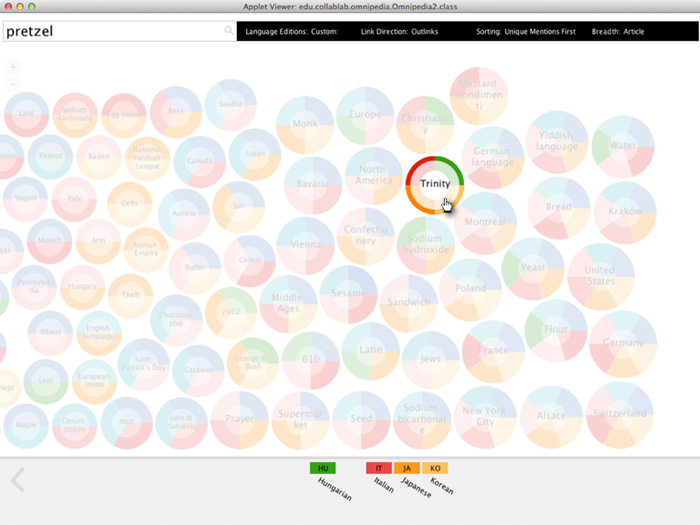 Another user who looked up pretzel found out that the three holes in a pretzel are said by some to represent the trinity. This information was not available in her native English Wikipedia.

With over 280 language editions, Wikipedia is a huge repository of diverse world knowledge. Each language edition has been shown to contain a great deal of unique information. However, language barriers prevent visitors from accessing most of the information on the site.

To remedy this situation, Omnipedia provides users with structured access in their native language to over 8 million concepts from up to 25 language editions of Wikipedia. Omnipedia highlights the similarities and differences that exist among the language editions, making salient information that is unique to each language as well as that which is shared more widely.

Omnipedia is not yet available to the public but we are hard at work scaling it up. For now, we've posted a set of screenshots to illustrate the kinds of insights found by our beta users.